The Future of the Internet—And How To Stop It

Drawing from his recent book, Jonathan Zittrain examines the Internet of today, which has catapulted from backwater to ubiquity—and reveals that it is threatened precisely because of its runaway success.

The Big Questions About Big Data

The power of big data has been alternately overestimated and underappreciated. Find out the most important issues and how they might be tackled.

The Fu ture of the Internet—And How To Stop It

Drawing from his recent book, Jonathan Zittrain examines the Internet of today, which has catapulted from backwater to ubiquity—and reveals that it is threatened precisely because of its runaway success. With the unwitting help of its users, the generative Internet is on a path to lockdown, ending its cycle of innovation and facilitating unsettling new kinds of control.

Zittrain believes we don’t see clearly what we risk losing. iPods, iPhones, Xboxes and TiVos represent the first wave of Internet-centered products that can’t be easily modified by anyone except their vendors or selected partners. These “tethered appliances” have already been used in remarkable but little-known ways: car GPS systems have been reconfigured at the demand of law enforcement to eavesdrop on occupants and digital video recorders have been ordered to self-destruct thanks to a lawsuit against the manufacturer thousands of miles away. New Web 2.0 platforms like Google mash-ups and Facebook are rightly touted—but their applications can be similarly monitored and eliminated from a central source. As tethered appliances and applications eclipse the PC, the very nature of the Internet—its “generativity,” or innovative character—is at risk.

The Big Questions About Big Data

The power of big data has been alternately overestimated and underappreciated. But its use is becoming routine, and patterns are being established now that may last years or decades.  What are the most important long-term issues arising from the widespread accretion and use of big databases and powerful tools with which to analyze them, and how might they be addressed?

Cyber Threats and Terrorism: Are We Secure?

In the wake of WikiLeaks and China hacking American computer networks, cyber security continues to be a hot policy and legal issue. The challenges are real and plentiful: while the openness of PCs and the Internet has spawned an abundance of connectivity and creativity, it has also brought a growing scourge of spam, viruses, identity theft and cyber-terrorism. But in the face of such threats, the answer is not a move toward simpler, locked-down devices in exchange for security, Jonathan Zittrain argues. He discusses the false starts in understanding the simultaneously underappreciated and overhyped fields of cyber security and cyber warfare, and offers a view on where the deepest problems lie – and how to address them. Should we be afraid? Are we prepared?

Minds for Sale: The Rise of Distributed Labor

The cloud is not just for computing anymore; you can now find as much mindshare as you can afford there, too. A new range of projects is making the application of human brainpower as purchasable as additional server rackspace. What arises is ubiquitous human computing, enabling individuals and organizations to network and distribute mindpower as a global fungible resource. The result is brainpower applied to problems as varied as aerospace technology (X-Prize), chemistry (Innocentive), and micro labor (Amazon Mechanical Turk). What are some of the issues arising as armies of thinkers are recruited by the thousands and millions? How might this phenomenon do great good, but also potential harm? Jonathan Zittrain offers a provocative view of a future in which nearly any mental act can be bought and sold.

Open access is what makes the Internet special. It’s also what makes it – and its billions of users around the globe – vulnerable to attack. Jonathan Zittrain, the world’s leading Internet scholar, has made it his mission to protect the Internet’s promise of innovation while combating its greatest threats.

Professor of Law at Harvard Law School and the Kennedy School of Government, and Professor of Computer Science in Harvard’s School of Engineering and Applied Science, Zittrain has long studied the legal, technological and world-shaking aspects of quickly morphing virtual terrains. Co-founder and chairman of Harvard’s Berkman Center for Internet and Society, Zittrain’s other breakthrough initiatives include projects to fight malware (StopBadware); to produce simple, unobtrusive but novel tools for classroom use (H2O); ChillingEffects, a site designed to support open content by tracking legal threats to individual users; Herdict, which tracks Internet censorship in real time; and Perma.cc, to combat link rot.

Zittrain works in several intersections of the Internet with law and policy, including intellectual property, censorship and filtering for content control, and computer security. A highly regarded speaker, Zittrain provides audiences with an inside look at how cyber terrorism, law and technology affect our lives. His dual understanding of law and technology give him insight into a range of security issues, including digital property law, technology infrastructure protection, cyber crime, privacy and free speech. His book, "The Future of the Internet – And How to Stop It" (Yale University Press, 2009), calls for rethinking the Internet to protect its openness and rescue it from forces constraining it. He also co-edited three studies of Internet filtering by national governments, all published by MIT Press: Access Denied (2008), Access Controlled (2010), and Access Contested (2011).

Zittrain leads the FCC’s Net Neutrality Advisory Committee, whose members are tasked with “tracking and evaluating the effects of the FCC’s Open Internet rules,” and making policy recommendations. He is a former member of the Board of Trustees of the Internet Society and is on the board of advisors for Scientific American. He is also on the Board of Directors of the Electronic Frontier Foundation, and has been a faculty fellow and Young Global Leader of the World Economic Forum, where he chaired the Global Agenda Council on the Future of the Internet.

Prior to joining Harvard, Zittrain was Professor of Internet Governance and Regulation at the Oxford Internet Institute of the University of Oxford.

Lost in the Cloud

Technology Lessons from the Wikileaks Saga

The Case for Kill Switches in Military Weaponry

The Future of Net Neutrality, with Jonathan Zittrain

Facebook Could Decide an Election Without Anyone Ever Finding Out

Access Controlled: The Shaping of Power, Rights, and Rule in Cyberspace (Information Revolution and Global Politics)

The Future of the Internet–And How to Stop It 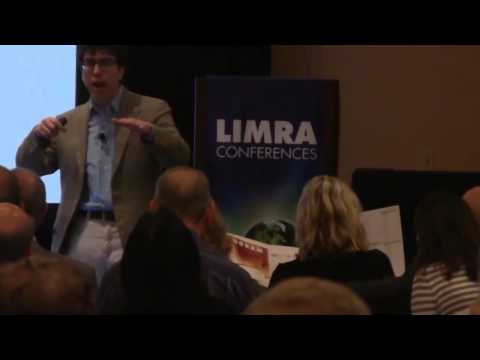