Expert on New Technology and Social Media, and How They Shape Culture; Professor and Distinguished Writer in Residence, NYU
Inquire About This Speaker

Clay Shirky forecasts the thrilling changes we will all enjoy as new digital technology puts our untapped resources of talent and goodwill to use at last.

Ten years ago, the big realization was a perceptual migration from atoms to bits, from the world of the physical to the world of information. Now, another kind of digital revolution is taking hold.

In this presentation, Clay Shirky forecasts the thrilling changes we will all enjoy as new digital technology puts our untapped resources of talent and goodwill to use at last.

Since Americans were suburbanized and educated by the postwar boom, we’ve had a surfeit of intellect, energy, and time—what Shirky calls a “cognitive surplus.” But this abundance had little impact on the common good because television consumed the lion’s share of it. Now, for the first time, people are embracing new media that allows us to pool our efforts at vanishingly low cost. The results of this aggregated effort range from mind expanding—reference tools like Wikipedia—to lifesaving—like Ushahidi.com, which has allowed Kenyans to report on acts of violence in real time.
Shirky charts the vast effects that our cognitive surplus—aided by new technologies—will have on twenty-first-century society and how we can best exploit those effects. For instance, he acknowledges that new tech brings greater freedom to publish and hence lower quality on average. But it also allows for the sort of experimentation that produces our greatest innovations. Shirky also assesses the transformative impact of online culture, which is by definition more transparent than traditional management structures.

Ten years ago, the big realization was a perceptual migration from atoms to bits, from the world of the physical to the world of information. This idea, best expounded by Nicholas Negroponte in “Being Digital,” alerted the world to the shift to the information economy. Now, another kind of digital revolution is taking hold. Networked tools are allowing groups to form and collaborate without any of the traditional friction that comes from managing the efforts of multitudes. The source of this revolution is not the computer but the connections between them, as our social networks fuse with our technological ones. Compared to the shift to digital information, this change is more painful for some people to embrace, even to contemplate, because it challenges deeply held assumptions about how society does or should work. We’re witnessing nothing less than the migration from an information economy based on the work of the individual mind to new forms of collective intelligence and collective effort, and it represents, for good or for bad, a fundamental change in the way our society—all modern societies, in fact—is structured. Clay Shirky illustrates these fundamental forces at work, and how they will change the world’s organizations and, ultimately, ourselves.

Failure for (Near) Free

In the emerging world of web-based collaboration and experimentation, organizations are learning that loosely coordinated groups may be the best way to work on large, complicated undertakings. The open source software industry is the most visible demonstration of this phenomenon, but collaborative networks are changing the face of the media and entertainment, outsourcing, and all technology-based industries. Clay Shirky, a pioneering researcher on collaborative tools, shows how these networks have significant and irreversible advantages over traditional business organizations, and what companies can do to capitalize on them—e.g. by lowering to (near) zero the cost of project failure.

A harbinger of how the media world is contending with the power of digital manipulation and collaboration may well be seen in the esoteric world of anime, the Japanese animated movies with hardcore fans in the US and Europe. Viewers now translate, sub-title and annotate these films for Western audiences, and curiously: the writers aren’t paid, no one asked them to do it, and they don’t belong to any organization. Clay Shirky paints a picture of a future disintermediated media business, where people provision, adapt and reuse the product for themselves. These dislocations will reverberate and reshape the business for many years to come, he contends, with one certainty: the efforts of the entertainment industry to make it harder to find and use its products perversely motivate the digital denizens to upturn these barriers and create out-of-system alternatives.

Clay Shirky is today's leading voice on the social and economic impact of internet technologies. Considered one of the finest thinkers on the Internet revolution, Shirky provides an insightful and optimistic view of networks, social software and technology's effects on society. Writing extensively about the Internet since 1996, he is the author of the best-selling "Here Comes Everybody" (Penguin Books, 2009) and "Cognitive Surplus" (Penguin Press, 2010).  In "Here Comes Everybody" - selected by Guardian as one of the 100 greatest non-fiction books of all time - Shirky explores how organizations and industries are being upended by open networks, collaboration, and user appropriation of content production and dissemination. "Cognitive Surplus" reveals how new technology is changing us from consumers to collaborators, unleashing a torrent of creative production that will transform our world.

Shirky holds a joint appointment at New York University (NYU) as an Associate Arts Professor at the Interactive Telecommunications Program (ITP) and Distinguished Writer in Residence in the Journalism Department. He is also a Fellow at the Berkman Center for Internet and Society, and was the Edward R. Murrow Visiting Lecturer at Harvard's Joan Shorenstein Center on the Press, Politics and Public Policy in 2010.

Over the years, he has had regular columns in Business 2.0 and FEED, among other publications, and his writings have appeared in The New York Times, Wall Street Journal, Harvard Business Review, Wired, Computerworld and Foreign Affairs. In addition to writing, Shirky has a consulting practice focused on the rise of decentralized technologies such as peer-to-peer, web services and wireless networks that provide alternatives to the wired client/server infrastructure that characterizes the Web.

Prior to his appointment at NYU, Shirky was a partner at the Accelerator Group, an international investment company. Shirky was the original Professor of New Media in the Media Studies department at Hunter College, where he created the department’s first undergraduate and graduate offerings in new media and helped design the current MFA in Integrated Media Arts program.

Does the Internet Make You Smarter?

The Political Power of Social Media

Clay Shirky on the Internet as a Distractor and Disruptor

Napster, Udacity, and the Academy

Here Comes Everybody: The Power of Organizing Without Organization 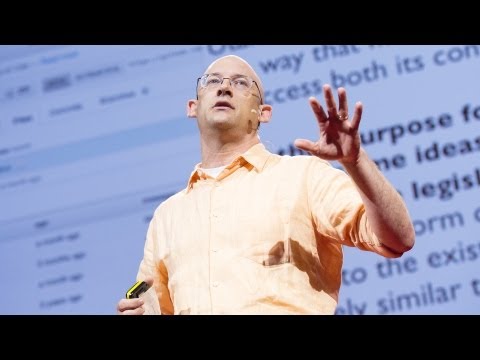