Expert on Values-Based Leadership; Author of “HOW: Why HOW We Do Anything Means Everything… in Business (and in Life)”
Inquire About This Speaker

Inspirational Leadership in the Era of Behavior

Dov Seidman dissects the new leadership challenge and explores the shift from a control-based or rules-based paradigm to a values-based paradigm necessary to create fully human organizations.

In an era where every corporation wants to be at the forefront of disruptive innovation, the question becomes how do you create and scale a culture that incubates game-changing ideas? The answer can be found in purpose, mission, values, and perhaps most importantly, trust.

Inspirational Leadership in the Era of Behavior

Due to the increasing complexity of our interdependent world, markets are proving ever more vulnerable to unpredictability, protests, bubbles, disruptive innovation, crashes, data privacy breaches, powerful natural disasters and ethical scandals. Since storms are hitting us with such frequency, we need to learn to build the institutional and individual capacity for resiliency and growth, says Dov Seidman. The only things that do double duty – that can socialize and control against crisis and unwanted consequences while simultaneously propelling us forward – are human values. He dissects the leadership challenge in this new normal, and explores the shift from a control-based or rules-based paradigm to a values-based paradigm necessary to create fully human organizations.

Leaders and leadership models are under challenge as never before. Many leaders express uncertainty about how to align a global team of thousands or hundreds of thousands of people. Despite holding all the “reins of power,” these leaders increasingly are coming to believe that the traditional ingredients of success – while necessary — are no longer sufficient. They are looking for a better way to unite and inspire their people and their behavior.  Today, leaders seek to inspire performance not only in terms of the new ideas that will become our next-generation products and services, but also in how they behave in and relate to the world around them.  The old system of ‘command and control’ using carrots and sticks to exert power over people is fast being replaced by ‘connect and collaborate’ to generate power through people and to inspire principled performance in them.  What leadership approaches do we need to get the kind of game-changing ideas and behaviors we need today…and what approaches must we do away with?

In an era where every corporation wants to be at the forefront of disruptive innovation, the question becomes how do you create and scale a culture that incubates game-changing ideas? The answer can be found in purpose, mission, values, and perhaps most importantly, trust. Statistically, research has shown that employees who experience a high-trust environment are up to 22 times more likely to take risks that benefit the company; employees who operate in a culture of trust and risk taking are eight times more likely to report higher levels of innovation relative to their competition; employees functioning in a culture of high trust, risk taking, and innovation are six times more likely to report elevated levels of financial performance compared to the competition. How do you extend trust as a tested business strategy?

The face of corporations are changing. Financial scandals and stymied innovation prove that complex no longer works.  It simply leads to barriers that impede productivity and transparency, slowing growth and creativity. As a result, more institutions are seeing the organizational landscape of the future as flat. Tearing down a vertical structure is easy compared with the need to build up the right sized horizontal framework and a new self-governing mindset. How do business leaders strike the right balance between governance, leadership and culture that gives employees the freedom to collaborate, to make swift decisions and to innovate?  This session would examine how institutions embracing a flat structure need to focus even more energy on what to build into the model as they do in tearing down structures.

Business is always about metrics and measurement, and we have evolved complex systems to measure the quantity and quality of what we do.  Yet, without question, our systems of measurement have not mapped to our 21st century realities.  Conversations about “how much” echo throughout business, politics and our personal lives: How much revenue can we squeeze into this quarter?; How much debt can we tolerate?; How much growth can we generate?; How much government do we need?  But “how much” and “how big” aren’t the right questions – not in a world with dwindling resources, and not in a business realm where competitive advantage cannot be sustained via out-producing, out-spending or out-selling. Instead of reflexively asking “how much,” we should examine the new models and frameworks that focus on the “question of HOW”: how decisions are made, how employees are treated,how service is delivered, how we relate and behave toward all stakeholders. This session will discuss the models, frameworks and tools that will enable a new set of metrics, and the past efforts (quality and safety movements) that serve as helpful models on how this change can become systemized.

The flood of information, unprecedented transparency, increasing interconnectedness – and our global interdependence are dramatically reshaping today’s world, the world of business, and our lives. We are in the Era of Behavior and the rules of the game have fundamentally changed. It is no longer what you do that matters most and sets you apart from others, but how you do what you do. What are commodities, easily duplicated or reverse-engineered. Sustainable advantage and enduring success for organizations and the people who work for them now lie in the realm of how, the new frontier of conduct. This session describes why how we behave, lead, govern, operate, consume, engender trust in our relationships, and relate to others matters more than ever and in ways it never has before.

Named one of the “Top 60 Global Thinkers of the Last Decade” by The Economic Times and “the hottest advisor on the corporate virtue circuit” by Fortune magazine, CEO, author and thought leader Dov Seidman has built a career and pioneered an industry around the idea that the most principled businesses are the most profitable and sustainable.

Twenty years ago, Seidman founded LRN with a powerful vision that the world would be a better place if more people did the right thing. From that basic notion, he has grown a successful business that has helped to shape the ways millions of employees, managers and leaders behave and interact all over the globe. LRN helps more than 500 leading companies worldwide – including Apple, Pfizer, Johnson & Johnson, Viacom, DuPont, Rolls-Royce, 3M and The Dow Chemical Company – develop ethical corporate cultures and inspire principled performance in business.

Seidman maintains that in today’s connected and transparent world, people and organizations stand to gain by dedicating new thought and energy to how they do what they do. That’s the inspiration behind his award-winning book, “HOW: Why HOW We Do Anything Means Everything” (John Wiley & Sons, 2007). Now updated and expanded, “HOW” includes a new foreword from former U.S. President Bill Clinton and a new preface from Seidman on why how we behave, lead, govern, operate, consume, engender trust in our relationships, and relate to others matters more than ever and in ways it never has before. Since 2007, “HOW” has been published in the U.S., Germany, China, Korea, Brazil, India, and will soon be published in France and Israel.

Seidman was named one of the “Top 100 Thought Leaders in Trustworthy Business Behavior” by Trust Across America and is frequently invited to speak at leading industry events, and to senior corporate managers and boards of directors. Recent presentations include The World Economic Forum, The World Business Forum, 92nd Street Y, The National Press Club and The Aspen Ideas Festival. He has also been the keynote speaker at University of California Los Angeles’ (UCLA) annual commencement, and has received an honorary doctorate from Hebrew Union College. Seidman’s views on business behavior, success and corporate culture have been quoted in hundreds of media, including an in-depth profile in Fortune magazine and in The New York Times, Wall Street Journal, Forbes, The Financial Times, Harvard Business Review, Charlie Rose and ABC’s “Good Morning America.” Each month, he shares his views on human behavior as the ultimate source of competitive advantage in a monthly column for Forbes.

Seidman testified in 2004 before the U.S. Sentencing Commission, arguing that corporations must move from a check­‐the­‐box, compliance­‐only approach to instead focus on fostering ethical cultures and behaviors. His proposals were adopted, and today are the very standards by which companies, cultures and programs are judged.

Led by a lifelong pursuit and passion for ethical leadership, he and LRN became the exclusive corporate sponsors of the Elie Wiesel Foundation for Humanity Prize in Ethics in 2008, as the institution was in its 20th year of celebrating ethical decision-making among America’s youth.

A Question from Lydia

To Inspire Others, It’s How You Do It That Counts

How Social Technology Can ‘Reinvent Business’

The Rise of Popularism

Letting the Mission Govern a Company

(Almost) Everything We Think About Employee Engagement is Wrong

Throw Out Your Plans for 2013. Business is a Journey.

Apology Not Accepted: The Right — and Wrong — Way to Say You’re Sorry

Are You a Social Media Narcissist? Good and Bad Ways to Love Yourself Online

How Retailers Could Really Show They Care: Ask Bangladeshis to Send Anonymous Texts About Work Conditions

Leadership Lessons From Turkey’s Unrest: The Rise of Moral Authority

A Baseball Lesson in Building Culture and Managing Talent

Why Mandela Was Unique

Can This Man Help Save the NFL’s Soul?

The Transformative Power of Transparency

How Human Is Your Company?

Time for a Pause

Dov Seidman’s Blog for The Wall Street Journal – The Experts

How: Why How We Do Anything Means Everything 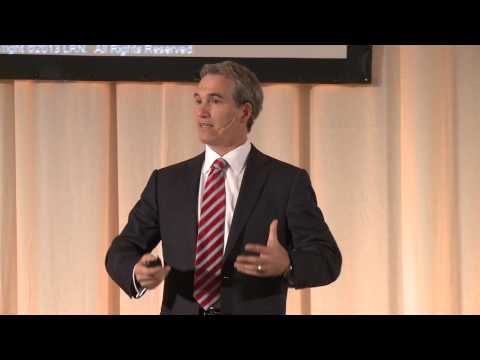