What if you could measure the intelligence of a group? And predict which teams will perform better than others? You can, says Thomas Malone – and doing so is critical for business success.

Tapping Human Intelligence: Why Machines Will Never (Completely) Take Over

The combination of people and technology presents vast potential to organize work in new ways and build more intelligent organizations. Based on 20 years of groundbreaking research, Malone provides compelling models for designing the “company of the future.”

What if you could measure the intelligence of a group? And predict which teams will perform better than others? You can, says Thomas Malone – and doing so is critical for business success. Citing findings from years of comprehensive research, he discusses three significant factors that impact group effectiveness, including: social intelligence, balance of contributions and proportion of women to men. Malone emphasizes that interpersonal skills are more valuable than we might think, and just because you have really smart people in a group doesn’t mean you have a really smart group. But most importantly, collective intelligence can be influenced and changed, and he offers prescriptive steps for doing so – ultimately, changing how leaders structure their enterprises to achieve their goals and create smarter organizations.

Tapping Human Intelligence: Why Machines Will Never (Completely) Take Over

It’s an age-old debate that continues to gain steam. Are we, humans, being displaced by technology? Will machines eventually rob us of our jobs? Not at all, says Thomas Malone. In fact, while some jobs are eliminated, more are actually created. He argues: it’s not a man versus machine challenge; it’s a man working together with machine opportunity. The combination of people and technology enables us to think in ways neither people nor computers have ever done before, presenting vast potential to organize work in new ways and build more intelligent organizations. Malone discusses this “future of work” and explains how new types of organizations will be ideally positioned to take advantage of new possibilities and adapt rapidly to an increasingly complex and fast-changing world. Based on 20 years of groundbreaking research, he provides compelling models for actually designing the “company of the future.”

Since its launch in the early 1990s, the internet has changed the way we communicate, share information and work. More recently, it’s dramatically changing how we think about and resolve collective issues. And according to Thomas Malone, the internet – and our use of collective intelligence – will truly transform how we solve big, global problems. Drawing from his work with the Sloan Center for Collective Intelligence (CCI), Malone examines how collective intelligence and new technologies are impacting the way people work together – for the better. The internet, he says, gives more people access to an increasing amount of information that allowed them to make larger contributions to their work and the world. Malone discusses new crowdsourcing resources like InnoCentive and CCI’s own Climate CoLab, their benefits, and how they’re already helping foster solutions to complex challenges – from specific workplace issues to global problems like climate change. Collective intelligence, Malone believes, is set to become an increasingly essential factor in companies’ capacity to achieve long-term competitiveness.

Technology is making us smarter – and it’s forever changing how we work, lead and live. Thomas Malone’s teaching and research stands at the intersection of all three.

The last two decades of Professor Malone’s research are summarized in his acclaimed book, “The Future of Work: How the New Order of Business Will Shape Your Organization, Your Management Style, and Your Life” (Harvard Business Review Press, 2004). The book also foreshadowed the decentralized “bottom-up” management model that has influenced companies like Zappos.

Professor Malone has published more than 100 articles, research papers and book chapters, including a widely cited article in Science magazine on measuring the collective intelligence of human groups. He is also the co-editor of three books: “Coordination Theory and Collaboration Technology” (2001), “Inventing the Organizations of the 21st Century” (2003), and “Organizing Business Knowledge: The MIT Process Handbook” (2003). He is an eloquent and engaging speaker, and frequently presents to business audiences around the world. He is also regularly quoted in various top-tier media outlets, including The New York Times, Economist and Wired.

Formerly a research scientist at Xerox Palo Alto Research Center (PARC), Professor Malone holds 11 patents, largely in user interface design and the representation of complex processes in software. He has co-founded three software companies and has consulted and served as a board member for a number of other organizations. In 2012, Professor Malone received an honorary doctorate from the University of Zurich. He also earned a B.A. in mathematical sciences from Rice University, and an M.S. in engineering-economic systems and Ph.D. in cognitive and social psychology from Stanford University.

The Big Idea: The Age of Hyperspecialization

Tom Malone on Collective Intelligence and the “Genetic” Structure of Groups

Government Aims to Build a ‘Data Eye in the Sky’

Why Some Teams Are Smarter Than Others

Inventing the Organizations of the 21st Century 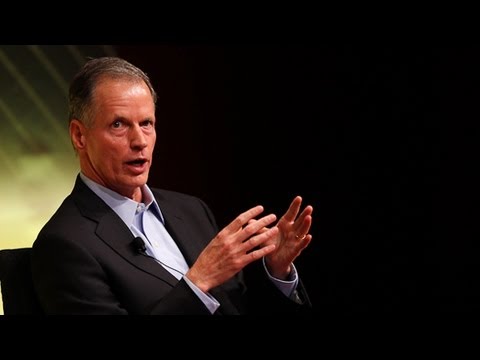 THOMAS MALONE
The Rise of the Micro
Previous Pause Next