Innovation and expertise are not prerequisites to becoming a successful entrepreneur. It’s recognizing extraordinary value—sometimes in worthless, impossible and stupid ideas—where others believed there was none.

Though it can take a generation to foster a self-sustaining quantity and quality of entrepreneurship, tangible progress can be made in as little as 12 to 24 months. Isenberg explains how.

Think of the word “entrepreneur” and the image of a youthful, tech savvy Silicon Valley CEO may come to mind. But that portrait is one of the many misconceptions we have when it comes to ideas about entrepreneurship, says Daniel Isenberg. Innovation and expertise—and youth—are not prerequisites to becoming a successful entrepreneur; rather, it’s recognizing extraordinary value—sometimes in worthless, impossible and stupid ideas—where others believed there was none. Real entrepreneurs create value out of a product or business that looks less valuable to everyone else, opening up opportunities for customers. Isenberg celebrates this contrarian mindset and its ability to transform society, challenging our long-held beliefs on what it takes to be successful in business.

Light the spark of entrepreneurial spirit, and the fire of economic prosperity will begin to grow. It’s a call to action so simple, yet many leaders from across the globe still don’t know how to stimulate and support entrepreneurship. Daniel Isenberg has traveled the world to help transform policies, structures and cultures in a way that encourages long-term economic development and prosperity. Though it can take a generation to foster a self-sustaining quantity and quality of entrepreneurship, tangible progress can be made in as little as 12 to 24 months. Through his nine key principles, Isenberg shows leaders how to sow the seeds of an entrepreneurial ecosystem, by designing and implementing a variety of processes, government structures and pilot programs, which sets them on the path for economic growth and extraordinary value within their region.

Governments around the world increasingly recognize the power of entrepreneurship in transforming their economies. However, a painful gap exists between public leaders’ new commitment to fostering entrepreneurial eco-systems and their regions’ abilities to intentionally create policies and programs that will stimulate their growth. Daniel Isenberg helps guide public policy makers, civic leaders, and foundation heads and their private sector counterparts, to create a robust internal capacity to formulate and implement entrepreneurship policy in their societies. Leveraging advanced concepts, methods, cases and best practices, he empowers public leaders to establish the optimal conditions for entrepreneurship to flourish.

Entrepreneurship, according to Daniel Isenberg, is one of the keys to sustainable regional growth – a premise he continues to champion around the world through teaching, research, advising and investing.

In his first book, “Worthless Impossible and Stupid: How Contrarian Entrepreneurs Create and Capture Extraordinary Value” (Harvard Business Review Press, 2013), Isenberg contends that entrepreneurs see hidden value in situations where others do not, and ultimately realize extraordinary value for themselves, their customers and society as a whole. A frequent contributor to Harvard Business Review (HBR), his article, “How to Start an Entrepreneurial Revolution” article (2010) was featured as the publication’s “Big Idea,” following his seminal piece, “The Global Entrepreneur” (2008). His most recent HBR article focuses on “Entrepreneurs and the Cult of Failure” (2011). Isenberg’s HBR blog on entrepreneurship has attracted hundreds of thousands of readers. He is also an expert blogger for the Economist, Huffington Post andQZ.

Isenberg speaks and consults frequently on global entrepreneurship, and is often quoted as an expert voice in influential media, including the Economist, Wall Street Journal, Fortune, Financial Times,Forbes, among others. He has also been interviewed on CNN, Bloomberg, WGBH and the BBC. An entrepreneur, venture capitalist, and active angel investor, Isenberg has addressed or advised senior policy groups in over a dozen countries, including Brazil, Israel, Denmark, Colombia, United States, Mexico and Canada. He has also worked on entrepreneurship policy with the G20 YES, World Economic Forum, and advised the White House on the initial concept of StartUp America. In 2012, Isenberg was awarded the Pio Manzu Gold Medal for “pioneering and innovative work in economic development,” signed by Mikhail Gorbachev.

In addition to Harvard, Columbia and Babson, Isenberg has taught at INSEAD, Reykjavik and the Technion.  While at Harvard, he developed the popular course International Entrepreneurship, publishing 27 cases on global entrepreneurs. He also designed and led the school’s new India and Israel International Immersion Programs on entrepreneurship. Early on in his 11-year HBS tenure, he taught Organizational Behavior and Managing Organizational Effectiveness, conducting research programs on human interaction in small groups and managerial cognition, which resulted in his first feature Harvard Business Review articles, “How Senior Managers Think” (1984) and “The Tactics of Strategic Opportunism” (1987), as well as scientific publications in the Journal of Personality and Social Psychology. During his time at the Technion, where Isenberg created a course called Technology-Based Entrepreneurship, he directed the Tefen Entrepreneurs Program with Stef Wertheimer and also directed the Technion Entrepreneurial Associates with MIT Professor Ed Roberts.

Isenberg holds a Ph.D. degree in social psychology from Harvard University under the mentorship of Robert Freed Bales.

Entrepreneurs and the Cult of Failure

Busted: Three Myths About Being an Entrepreneur Blown Wide Open

Review: Inside the Enterpreneurial Mindset

Professor Dan Isenberg On Super Chickens And The Virtues Of Being Worthless, Impossible And Stupid

The Pitfalls (and Upsides) of Partnering with Entrepreneurs

‘Entrepreneur’ Has Become a Buzzword. Let’s Reclaim It

4 Big Myths About Starting Your Own Company

For a Booming Economy, Bet on High Growth Firms, Not Small Businesses

When Entrepreneurship Feeds Income Inequality And How It Can Change

What an Entrepreneurship Ecosystem Actually Is

How to Finance the Scale-Up of Your Company

Don’t Judge the Economy by the Number of Start-Ups 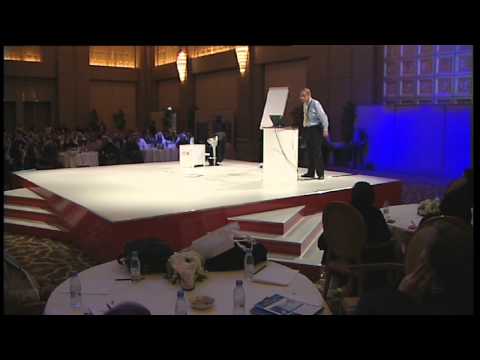