We have entered the data era: a digital nervous system of networked, miniaturized and pervasive devices is generating information that can reflect our global actions in real time, creating new opportunities, new business models, and new avenues for doing good.

A Nation of Makers

What we did to bits in the digital revolution we are about to do to atoms. The maker movement is rapidly democratizing the means of physical production, empowering individuals, enabling local economies to

We have entered the data era: a digital nervous system of networked, miniaturized and pervasive devices is generating information that can reflect our global actions in real time, creating new opportunities, new business models, and new avenues for doing good.

This year, mankind will generate more data than in all of prior history. Each search on the internet sends a signal of our intentions and interests, every post on a blog or a social networking site uncovers our opinions and sentiments, more than 300 million credit card transactions occur around the world daily and each of those is an economic signal. Five billion mobile phones worldwide reflect how people move, how cities grow, and economic activity. Properly analyzed, these signals have the potential to provide unprecedented insights into behavior, commerce, our health and well being. Using the latest predictive analytics and behavioral techniques, data is fast becoming one of the most important means of competing in business today.

Peter Hirshberg has been at the forefront of the data revolution for over a decade. In this engaging presentation, Peter will present not only the facts but rich visual evidence that displays the true impact and power of data. He will discuss the importance of opening data to create value in this new ecosystem, and how to create a data culture in companies, governments and in our lives. And he will look at the state of policy issues surrounding this ever growing abundance of data including privacy, identity, ownership, monetization and the risks associated—both real and perceived.

Hirshberg has developed data strategies for the United Nations, is a member of the World Economic  Forum’s Personal Data task force, and has led urban open data initiatives from San Francisco to Singapore. As Chairman of Technorati he helped pioneer the commercial use of social data. An avid believer in data story telling and visualization as an emerging art form, Hirshberg is co-founder of San Francisco’s Gray Area Foundation for the Arts.

A Nation of Makers

What Social Media has been to the last ten years, the maker movement will be to the next. Social media has democratized the means of digital production– we all now have the tools to participate, engage, create content, comment, forge new networks. This has profoundly reordered both the creation and distribution side of the news and entertainment business and has brought entirely new practices and power structures to consumer and B2B marketing.

What we did to bits in the digital revolution we are about to do to atoms. The maker movement is rapidly democratizing the means of physical production, empowering individuals, enabling local economies to flourish, opening up the possibilities of new American production. At the same time it allows individuals and small teams to express themselves in products whether for hobby or commerce which gives them skills, agency and voice (not unlike social media has done.)  Behind all of this are advances like 3D printing, all manner of computer controlled manufacturing devices, local maker spaces that create community for this to happen.

In this talk Peter looks at the maker movement through the lens of the city and shows how these forces are leading to a new form of engaged urbanism with increasingly distinctive local economies. Hirshberg asserts with compelling storytelling and evidence how Makers are the next thing to build upon the start-up economy eco-system.

The Rise of the Audience

The audience is up to something. An international phenomenon, people are creating their own content, learning from one another, and gaining power. This global audience is breaking news stories, building communities, influencing brands, and changing the way we get information. Bloggers now have authoritative voices and the most popular types of media – television, radio, news, movies – are being created and consumed in ways that undermine the previously one-way forms of communication. The demand side is supplying itself, a shift that has profound impacts on news, mainstream media and entertainment. And it’s sending fear into the hearts of traditional media companies. Peter Hirshberg has a unique lens into what the rise of the audience means for the marketing, branding and entertainment industries. He speaks passionately about what people are paying attention to the web, how they are communicating with each other, and what it means for the future of marketing and technology. Using video, animation, computer visualizations, and humor, his unique presentation style is fast paced, insightful, and entertaining.

Everything we learned about marketing in last 50 years has flipped. Customers talk back, foment rebellion, or wax poetic about their favorite products. When brands campaign, the audience campaigns back at them. Whatever illusion of control marketers had is now gone. But all is not lost: when businesses act transparently, engage their audiences authentically and encourage the two-way communication, they win in this new world. Peter Hirshberg takes you through the looking glass world of post-modern marketing and branding, illustrating how great brands work with their customers to come out on top. And often this requires turning classic marketing on its head: relinquishing the tight control of the brand; mashing up media marketing with new models of engagement; co-determining identity, customer experience, and product features. Making mistakes and fessing up. The inconceivable becomes what you do to thrive.

How the Computer Ambushed Television

How did a machine that was built for accounting and artillery end up driving the business models, philosophy, application, and power relationships of the entertainment business and advertising?

Peter Hirshberg takes a look at the 60 year uneasy relationship between television and computing–and between New York and Silicon Valley culture–offering insights about what media is going to look like in the future, and why the writers strike is home to many of those lessons.

Using original and historical clips from computing and television Peter examines examples of the clashes between the two cultures going back 50 years. He shares a look at why we are where we are and insights about what to do next as media explode.

Peter Hirshberg has led emerging media and technology companies at the center of disruptive change for more than 25 years. As chairman of Re:Imagine Group, Peter shapes strategies at the confluence of people, places, brands and cities. He has led the development of Urban Prototyping, a global movement that engages citizens in the co-creation and co-planning of their cities. Hirshberg is an advisor the Department of Labor’s Makership workforce development initiative. He has contributed to the United Nations Global Pulse where he addressed the General Assembly on their initiative for real-time data for international development.  Peter is an editor of the related publication, “Taking the Global Pulse.”

He is the former Chairman of Technorati, the pioneering social media search engine and  ad network. During a nine year tenure at Apple Computer, Hirshberg headed Enterprise Marketing. He is a Senior Fellow at the USC Annenberg Center on Communication Leadership and a Henry Crown fellow of the Aspen Institute.

Peter is a frequent technology and media industry speaker, having presented at TED, the World Economic Forum, DLD, EG the Entertainment Gathering, and The Aspen Ideas Festival. Peter Hirshberg earned his bachelor's degree at Dartmouth College and his MBA at Wharton.

The Art of Data

The Art of Data

Change: 19 Key Essays on How the Internet is Changing Our Lives

From Bitcoin to Burning Man and Beyond 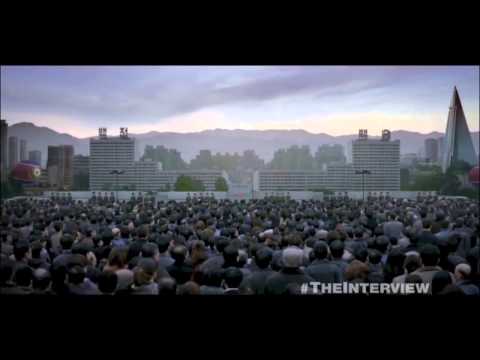