Scientist, Explorer, Educator and Advocate of Curiosity and Passion; Expert on Relationship Between Humanity and the Sea
Inquire About This Speaker

Deep Sea – Deep Secrets: The Magic and Mystery of the World Beneath the Sea

David Gallo will take you on an undersea adventure, exploring some of the most startling discoveries made in the global oceans while hinting at about what might be hidden in the remaining 95%.

On April 14, 1912 the RMS Titanic hit an iceberg and slipped forever beneath the icy waves of the North Atlantic. Through captivating detail and first-hand knowledge, David Gallo will underscore the importance of preserving the memory and legacy of this important icon.

Deep Sea – Deep Secrets: The Magic and Mystery of the World Beneath the Sea

The oceans cover more than 70 percent of the earth’s surface. They are vast, deep, eternally dark and perpetually cold. Throughout history they have been shrouded by myth and mystery. To date, only five percent of the undersea has been explored, yet already, we have found underwater lakes, undersea rivers and waterfalls, the Earth’s greatest mountains, deepest valleys, and most of the planet’s volcanoes and earthquakes. In a world where we were sure there would be no life at all, we find thriving communities of almost alien life that rival the tropical rainforests in diversity and density. In this presentation, David Gallo will take you on an undersea adventure, exploring some of the most startling discoveries made in the global oceans while hinting at about what might be hidden in the remaining 95%.

Near midnight on April 14, 1912, during her maiden voyage, the RMS Titanic hit an iceberg and slipped forever beneath the icy waves of the North Atlantic. Of the 2,200 passengers and crew, more than 1,500 lives were lost. The Titanic wreck site lies 300 miles south of Newfoundland Canada in a water depth of nearly 2.5 miles on a relatively flat and sediment covered seafloor. Although the wreck was discovered in 1985 and visited numerous times since, the first true mapping expedition to Titanic took place in August 2010 – and David Gallo was not only there, but co-led the team who made it happen. He will introduce you to the wreck of Titanic as you’ve never seen nor heard it before, and for the first time, place it within the context of the surrounding seafloor. Through captivating detail and first-hand knowledge, he will underscore the importance of preserving the memory and legacy of this important icon.

The Search for Air France 447

In the dark of night on June 1, 2009, Air France Flight 447, en route from Rio Brazil to Paris, France, fell from the sky and disappeared into the darkness of the Atlantic Ocean. More than 200 lives were lost.  There were no witnesses, no mayday, and precious few clues about the cause of this disaster. The only way to solve the mystery was to find the aircraft’s two black boxes. The search area included some of the most remote and rugged seafloor on this planet, and the exploration itself was akin to searching for two shoe boxes at night in the Rocky Mountains with a flashlight. David Gallo co-led the search and discovery and details how he helped make the impossible happen: with the proper technology, the right team and an innovative plan.

Throughout history, the oceans have been both pathways and obstacles to human evolution and development. David Gallo divulges what we know, what we don’t know, and what we need to know about the oceans role in shaping the rise and fall of civilizations and the shaping of humanity. No matter where we live on planet earth, the oceans impact our everyday life. Conversely, no matter where we live, we have an impact on the oceans. We now know the importance of our relationship to the sea: the air we breathe, the food we eat, and the water we drink are at dire risk. The earth has been changing for five billion years. We can’t stop it, but we can better understand and prepare for what might be coming next.

The oceans hold the clues to our past and are the key to our future, yet they remain mostly unexplored and poorly understood. For more than 35 years, David Gallo has dedicated his life to changing that.

“An enthusiastic ambassador between the sea and those of us on dry land,” Gallo is at the forefront of ocean exploration. An American oceanographer and director of special projects at the world renowned Woods Hole Oceanographic Institute, he has witnessed – and taken part in – the birth and evolution of numerous new technologies and scientific discoveries that have shaped our view of life on earth.

Gallo has participated in expeditions to all of the world’s oceans, and was one of the first scientists to use a combination of robots and submarines to explore the deep seafloor. Most recently, he co-led an expedition to create the first detailed, comprehensive map of the Titanic, and also co-led the successful multi-national effort to locate the wreckage of Air France flight 447. Gallo is currently involved in planning an international Antarctic expedition to locate and document the wreckage of HMS Endurance, the ship of famed explorer Ernest Shackleton.

A passionate and popular speaker, Gallo is committed to conveying the excitement and importance of ocean exploration. He has given more than 15 TED and TEDx presentations – his “Underwater Astonishments” talk is a TED “all star,” ranked among the platform’s top five most watched presentations with more than eight million views – and has appeared in numerous documentaries with the Discovery Channel, History Channel and National Geographic and featured on a wide-range of news programs, including the Weather Channel, PBS, MSNBC and the Today Show.

Gallo is also active in exposing young minds to the excitement and importance of exploring the ocean world; he is a member of the First Lego League Global Advisory Team, a participant in the Aspen Challenge (with the Aspen Institute and Bezos Family Foundation), and a proud member of the Nifty Fifty Scientists and Engineers.

The co-recipient of a Computerworld-Smithsonian Award, Gallo is also an elected Fellow of the American Association for the Advancement of Science, a National Fellow of The Explorers Club, a recent recipient of the Lotus Club Distinguished Achievement Award in Science and a member of Tory Burch’s Sloan Kettering A-Team. He holds degrees in geology from the State University of New York at Albany and has a PhD in oceanography from the University of Rhode Island.

Deep Sea – Deep Secrets: The Magic and Mystery of the World Beneath the Sea The oceans cover more than 70 percent of the earth’s surface. They are vast, deep, eternally dark and perpetually cold. Throughout history they have been shrouded by myth and mystery. To date, only five percent of the undersea has been […] 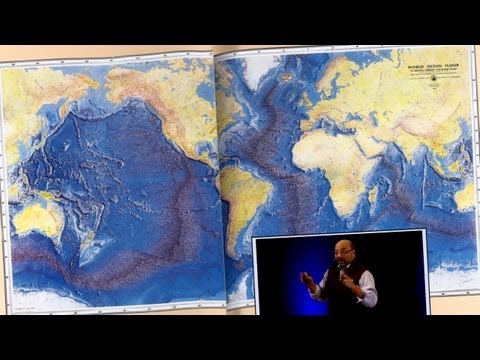