Foremost Authority on Innovation and Father of Disruptive Innovation Theory; Author of Revolutionary Book “The Innovator’s Dilemma”
Inquire About This Speaker

The Innovator’s Dilemma – and Solution

Professor Christensen applies the principles of his renowned theory to health care, examines the challenges, and proposes a set of clear, actionable solutions to both reduce the cost of care and lead to improved health outcomes for millions.

The Innovator’s Dilemma – and Solution

Professor Clay Christensen has long believed – and proven – that successful, outstanding companies can do everything “right” and yet still lose their competitive edge, or even fail, as new, unexpected competitors rise and take over the market. His seminal theory of disruptive innovation, first introduced more than three decades ago, has changed the way managers and CEOs around the world think about and create innovation. Professor Christensen builds on his groundbreaking research to help all companies understand how to become disruptors themselves. He provides clear advice on the business decisions crucial to truly disruptive growth, drawing from in-depth, real world examples across multiple industries.

It’s no secret our health care system is in critical condition. Each year, fewer Americans can afford it, fewer businesses can provide it, and fewer government programs can promise it for future generations. We need a cure – stat. The challenges the system faces – making health care affordable and conveniently accessible to most people – is not unique to this industry. “Almost every industry began with services and products that were so complicated and expensive to provide that only people with a lot of skill and a lot of money could participate,” Professor Christensen explains. “The transformational force that has brought affordability and accessibility to other industries is disruptive innovation.” He applies the principles of his renowned theory to health care, examines the challenges, and proposes a set of clear, actionable solutions that use the advances of technology to both reduce the cost of care and lead to improved health outcomes for millions.

Disrupting Class: Changing the Way the World Learns through Innovation

The way we learn doesn’t match up with the way we are taught. If we hope to stay competitive – academically, economically and technologically – we must reevaluate our educational system, rethink our approach to learning, and reinvigorate our commitment to learning. We need disruptive innovation, argues Professor Clayton Christensen. Everyone across the education sector (K-12 and higher education) benefits from understanding why and how to apply the theory’s principles. From online learning to blended learning and hybrid models, Professor Christensen dissects the unprecedented opportunities of a more personalized approach to learning. He discusses not only how the transformation to a student-centric education system could play out, but what educators, policymakers and others must do to ensure it realizes its promise.

“Instead of telling him what to think, I told him how to think.” It’s a simple quote that embodies the mission – and mantra – of Harvard Business School Professor Clayton Christensen: encourage inquiry. It’s also at the root of his disruptive innovation theory, which has defined 21st century business and continues to profoundly impact organizations and their leaders across the globe.

A world renowned innovation strategy and growth expert, Professor Christensen was named 2013’s most influential living management thinker in the world by Thinkers50 for the second time running, an achievement matched only by management legends Peter Drucker and CK Prahalad. He revolutionized conventional management thinking with his seminal book, “The Innovator’s Dilemma” (Harvard Business School Press, 1997), which explored the radical paradox that great companies fail by making the “right decisions” in the “wrong” situations. The New York Times best-seller has been translated into 18 languages, sold in more than 25 countries and has deeply influenced some of the greatest business leaders of our time – among them, Apple’s Steve Jobs, business magnate Michael Bloomberg and Intel CEO Andy Grove.

Sixteen years later, Professor Christensen believes we are in the throes of the “Capitalist’s Dilemma” – a theory at the heart of his forthcoming book of the same name, which he hopes will “help us understand that policies that were once right are now wrong, and that counterintuitive measures might actually work to turn our economies around.” Professor Christensen also continues to focus the lens of disruptive innovation on the world’s most pressing social problems: healthcare and education. His best-selling books – “The Innovator’s Prescription” (McGraw-Hill, 2009), “Disrupting Class” (McGraw-Hill, 2008) and “The Innovative University: Changing the DNA of Higher Education from the Inside Out” (Jossey-Bass, 2011) – and non profit, non partisan think tank, The Clayton Christensen Institute, offer unique frameworks for better understanding and addressing these ever-evolving challenges.

But Professor Christensen believes one of his most enduring legacies will be an idea he first put forward in his 2003 book “The Innovator’s Solution” (Harvard Business Review Press): don’t sell products and services to customers, but rather try to help people address their jobs-to-be-done. This seemingly simple idea has terrific potential for reframing industries and is the basis for another forthcoming book.

A widely sought after speaker, advisor and board member, Professor Christensen’s research continues to be applied to national economies, start-up and Fortune 50 companies, as well as to early- and late-stage investing. He is also an experienced entrepreneur having started three successful companies: CPS Technologies, innovation consulting firm Innosight, and investment firm Rose Park Advisors. He currently serves as a board member at Tata Consulting Services (NSE: TCS), Franklin Covey (NYSE: FC) and Ensign Group, Inc.

And yet, for all Professor Christensen has accomplished in his professional life, he urges people not to reserve “your best business thinking for your career.” Too often, he says, “we measure success in life against the progress we make in our careers.” This personal and provocative advice is detailed in his McKinsey Award-winning turned best-selling book, “How Will You Measure Your Life?” (HarperCollins, 2012), in which he encourages all of us to think about what is truly important.

Can You Learn Disruptive Innovation?

Why U.S. Companies Fail to Innovate

Consulting on the Cusp of Disruption

Clayton Christensen: Tesla Is Not Disruptive and Other Corrections

The Power of Market Creation

The Innovator’s Dilemma: When New Technologies Cause Great Firms to Fail

The Innovator’s Prescription: A Disruptive Solution for Health Care

The Innovator’s DNA: Mastering the Five Skills of Disruptive Innovators

Is K–12 Blended Learning Disruptive? An Introduction of the Theory of Hybrids

The Innovator’s Dilemma: When New Technologies Cause Great Firms to Fail

Seeing What’s Next: Using the Theories of Innovation to Predict Industry Change

The Innovator’s Prescription: A Disruptive Solution for Health Care

The Innovator’s DNA: Mastering the Five Skills of Disruptive Innovators

The Innovative University: Changing the DNA of Higher Education from the Inside Out

Is K–12 Blended Learning Disruptive? An Introduction of the Theory of Hybrids

The Forum for Growth & Innovation at Harvard Business School 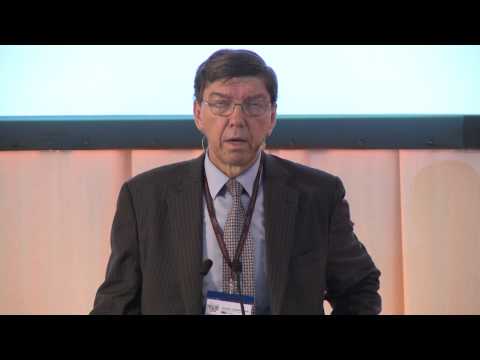 CLAY CHRISTENSEN
The Capitalist's Dilemma - Drucker Forum 2014
Previous Pause Next
jayhsu
"Clayton was everything we expected: provocative, persuasive, timely, easy to listen to and understand, provided a great deal of business understanding to our audience, and was an ideal standard setter for our three-day event. Everyone felt that they learned something new which was important to their work and our Innovation in Learning Summit. He also tailored the presentation to our petroleum industry audience. We recommend him very highly to others who may need his presence at their special event." –David Donohue, President, IHRDC